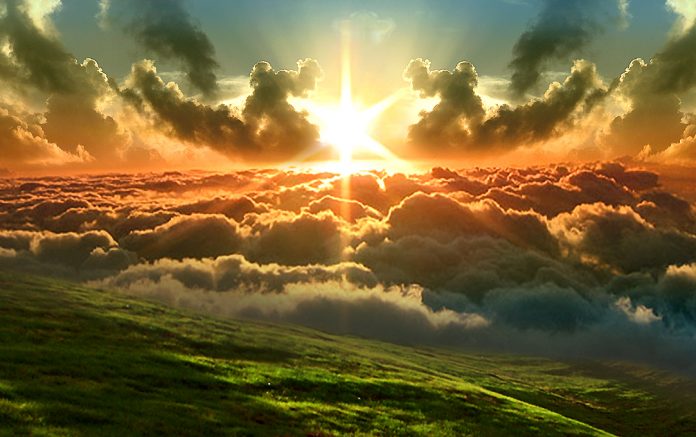 24 Easy Ways To Get To Jannah (Paradise)

Although we come to know that as a Muslim, entering Jannah is our ultimate goal, it is not always going to be an easy ride as we are aware ‘Paradise is surrounded by difficulties‘. This is obviously down to ones own nature and how they control their inner desires. At the end of the day we only make things difficult for ourselves.

On a positive note there are so many ways which we can enter paradise through the mercy of Allah. We look at 24 simple and easy ways to enter Jannat as taught to us by the Prophet Muhammad (pbuh) in many ahadith.

Each point is backed by an authentic hadith as we all hope to enter Paradise by Allah’s mercy.

In no particular order:

The Messenger (pbuh) said, “O mankind! Spread the salutation, feed the poor and needy, join the ties of kinship and offer prayers at night while people are asleep and you shall enter Paradise in peace.” [Ibn Majah]

2 – Being Pleased with Allah as your Lord

The Messenger (pbuh) said “Whoever says ‘I am pleased with Allah as my Lord, Islam as my religion and Muhammad (pbuh) as my Prophet’ paradise becomes compulsory for them. [Abu Dawud]

3- Having A Good Character

The Messenger (sal Allahu alaihi wa sallam) said, “I guarantee a house in the upper part of Paradise for a person who has good character.” [Abu Dawud]

The Messenger (pbuh) said, “The reward for an accepted hajj is nothing less than Paradise.” [Bukhari]

The Messenger of Allah (pbuh) said “Allah has ninety-nine names, whoever memorises them shall enter paradise”. [Sahih Bukhari & Muslim]

Abu Umamah reported: The Messenger of Allah (pbuh) said, “Whoever recites the verse of the Throne (ayat al-kursi) after every prescribed prayer, there will be nothing standing between him and his entering Paradise except death”. [An-Nasaa’i – Classed as Sahih by Sh Al-Albaani]

Narrated Umm Habibah narrated that The Prophet (pbuh) said: If anyone prays in a day and a night twelve rak’ahs voluntarily (supererogatory prayer), a house will be built from him in Paradise on account of these (rak’ahs). [Abu Dawud – Tirmidhi]

Abu Mas’ud reported: The Messenger of Allah (pbuh) said, “A man from the time before you was called to account in the Hereafter. Nothing good was found with him except that he was lenient in his business with people and he would order his servant to relieve the debts of those in hardship. Allah Almighty said: We are more worthy of such actions, so overlook his sins.” [Bukhari &Muslim]

Jabir ibn Abdullah reported that the Prophet (pbuh) said: Whoever has three daughters and he accommodates them, show mercy toward them, and supports them, Paradise is definitely guaranteed for him. Thus, someone asked the Prophet, what if they are two daughters only He replied, “[He gets that reward,] even if they are [only] two.“

Some of those present believed that had the Prophet (pbuh) been asked about only one daughter, he would have answered that the reward was applicable too. (Authenticated by Al-Albani)

The Messenger (pbuh) said, “I guarantee a house in the middle of Paradise for a person who avoids lying, even if he was joking.” [Abu Dawud ]

Umar Ibn Al Khattab narrated: “I heard the Messenger of Allah (pbuh) say: ‘Whoever builds a masjid (mosque) in which the Name of Allah is mentioned, Allah will build a house for him in Paradise.'” (Ibn Majah)

In another hadith The Messenger (pbuh) said, “Whoever builds a Masjid for the Sake of Allah, Allah will build for him a house in Paradise.” [Bukhari]

15 – Praying the Congregation Prayer at the Masjid

The Messenger (pbuh) said, “Whoever goes to the Masjid in the morning and in the evening (for the congregation prayer) Allah will prepare for them an honorable place in Paradise with good hospitality.” [Bukhari]

The Messenger (pbuh) said, “I guarantee a house in the vicinity of Paradise for a person who avoids quarreling, even if he knows he is in the right.” [Abu Dawud]

17 – Devoting Time To Prostrate To Allah

Rabee‘ah ibn Ka‘b al-Aslami (may Allah be pleased with him), who said: I used to stay overnight with the Messenger of Allah (pbuh) and bring him water for wudhu and whatever he needed. He said to me: “Ask.” I said: I ask to be with you in Paradise. He said: “Is there anything else?” I said: That is all. He said: “Help me to do that for you by prostrating a great deal”. [Sahih Muslim]

The Messenger (pbuh) said, “He who travels the path in search of (Islamic) knowledge, Allah will make easy for him a path to Paradise.” [Muslim]

19 – Forgiving a Debtor who is in Hardship

The Messenger (pbuh) said, “There was a merchant who used to give loans to the people, and whenever his debtor was in difficult circumstances he would say to his workers, ‘Forgive him so that Allah may forgive us.’ So Allah relieved him.” [Sahih Bukhari and Muslim]

20 – Showing Patience at the Death of One’s Children

Anas ibn Maalik said: The Messenger of Allah (pbuh) said: “There is no Muslim who loses three of his children before they reach the age of puberty, but Allah will admit him to Paradise by virtue of His Mercy towards them.” [Bukhari]

The Messenger (pbuh) said “I and the one who sponsors an orphan will be in Paradise like these two” – and he gestured with his forefinger and middle finger, holding them apart. [Sahih Al-Bukhari]

22 – Showing Patience at the Loss of One’s Sights

The Messenger (pbuh) said, “Allah The Most High has said, ‘If I take away the eyesight of a slave of Mine and he shows patience and seeks My reward, then I shall reward him with nothing less than Paradise.”‘ [Sahih Bukhari]

Narrated by Anas ibn Malik: Allah’s Messenger (pbuh) said, “When a woman observes the five times of prayer, fasts during Ramadan, preserves her chastity and obeys her husband, she may enter by any of the gates of Paradise she wishes.” [Tirmidhi]

Umm Salamah narrated that The Prophet (pbuh) said: If a woman dies while her husband was pleased with her, she will enter Paradise. [Tirmidhi]

24 – Obedience towards Allah and His Messenger (pbuh)

30 Good Deeds to Carry out Monthly 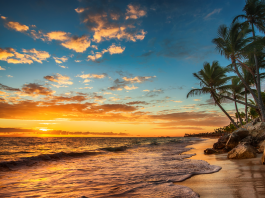 Hadith of the Day: Jannah Surrounded With Difficulties

ABOUT US
Muslims Life is here to help you Revive your Imaan today. Keep and eye out for our daily updates and gentle reminders. Live Life. Life The Muslims Life.
Contact us: hello@muslims-life.net
FOLLOW US
© Copyright 2019 - Muslims-Life

We use cookies to ensure that we give you the best experience on our website. If you continue to use this site we will assume that you are happy with it.OkPrivacy policy